The Haunted Britain and Ireland site is brought to you by author and leading authority on the UK's ghostly tales, folklore and history, Richard Jones.

Region by region, he will take you in search of the ghosts that roam the spectral landscapes of England, Scotland, Wales and Ireland, and he will provide you with the opportunity to explore and visit the many places where ghosts have been seen.

The site offers a comprehensive listing of British and Irish ghosts. It has been exhaustively researched and provides those who seek the mysterious with an unrivalled resource of true ghost stories, stirring legends and paranormal history.

Whatever the scientific evidence, both for and against, the existence of ghosts, spectral activity continues to form an integral part of our oral tradition. Tales of spooky sightings and other mysterious occurrences, that have been passed down through the generations, possess the ability to captivate even the hardened sceptics amongst us.

Apparitions of tortured monarchs and tragic heroes; spurned lovers and spiteful villains - Richard Jones reveals and delights in them all. So enjoy this collections of ghostly tales, and be sure to visit as many of the locations as time allows. 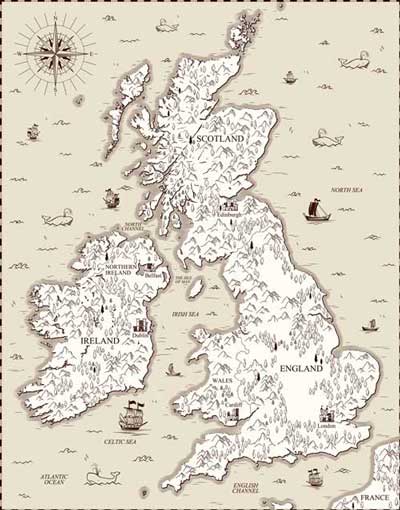 A COMPREHENSIVE GUIDE TO 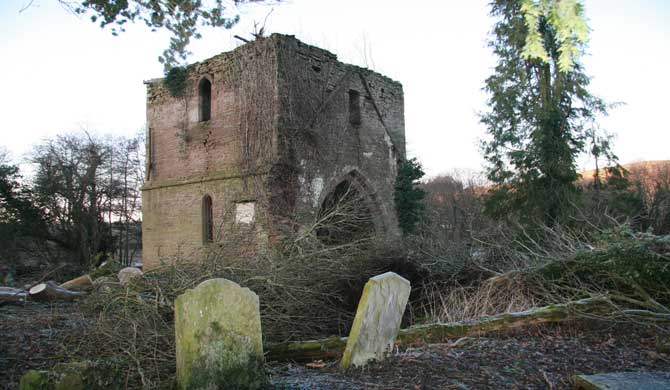 The Haunted Britain website features numerous locations where ghosts are known to lurk. You can read true stories of the spectral goings-on at a rich array of places. 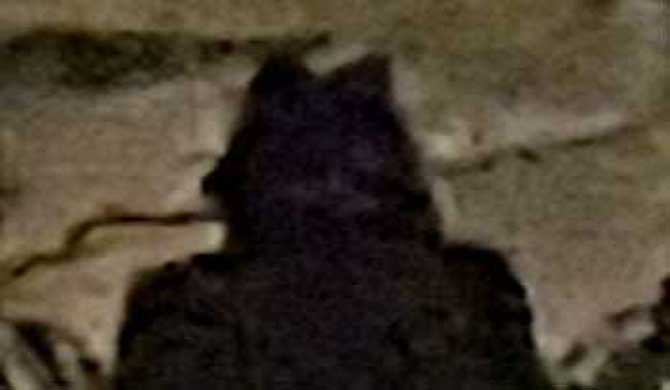 You can peruse photographs that purport to show ghosts, and will be able to decide for yourself whether or not these actually do show actual evidence of the paranormal. 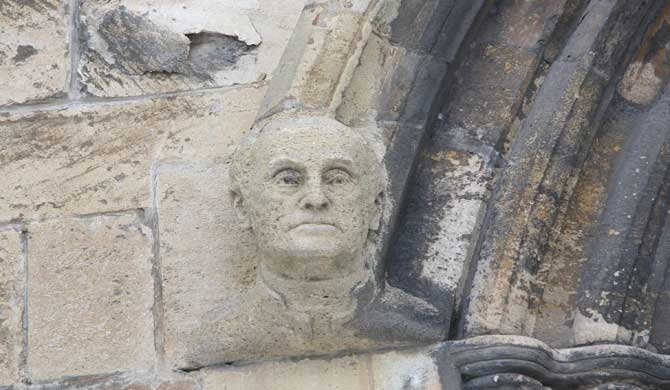 The Facts Behind The Hauntings

You can read first hand accounts from those who have seen ghosts, as well as trace the historical events that lie behind some of Britain's most famous hauntings. 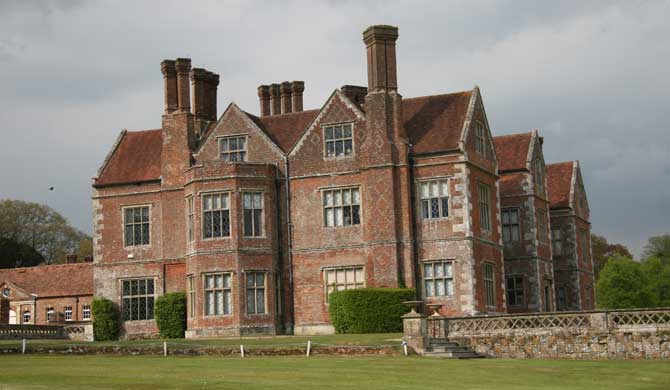 There are grand palaces, old stately homes, lovely mansions, smaller family properties, and a fair smattering of houses that have fallen into ruin and which now stand as melancholic reminders of times long passed. 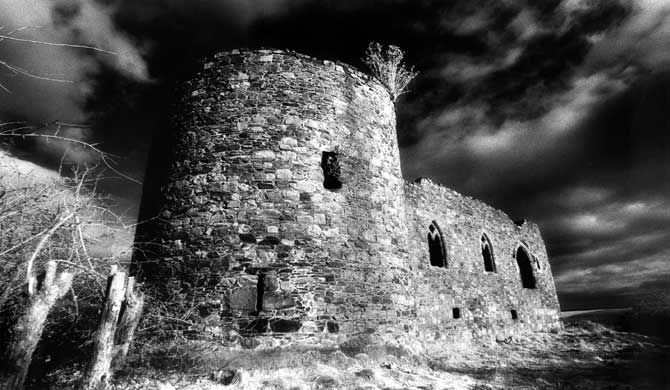 Revenants On The Ramparts

There are mighty fortresses that tower over lush green countryside; sea-lashed ruins, the gaunt walls of which gaze out defiantly from windswept cliff tops; as well as family-owned castles are now luxury hotels or restaurants. 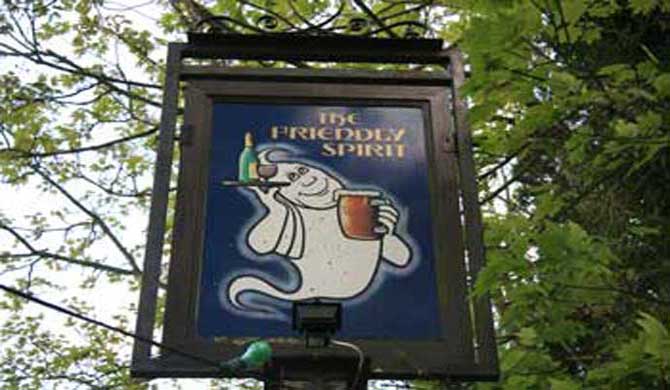 To sustain you on your journeys, or to round off your days you will even find a wide selection of haunted pubs, inns, taverns and restaurants at which can eat, drink and, in some cases, even enjoy a decent night's unrest.

EXPLORE THE SPECTRAL AND THE MYSTICAL 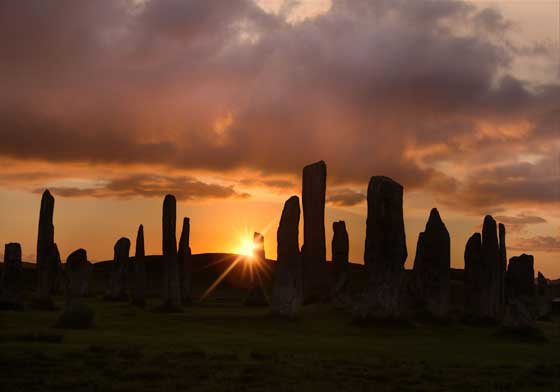 Britain and Ireland are also home to an impressive array of spiritual and mystical sites. From well known locations, such as Stonehenge and Newgrange, to holy wells and ancient burial chambers that were once thought to be portals to a hidden world.

There are pre-historic stone circles, whose true purpose may never be fully understood; strange figures and white horses carved into chalk hillsides for reasons we can now only guess at.

There are brooding mountains, the mist-shrouded heights of which are said to be the abodes of native Gods and Goddesses; and secluded, picturesque churches and chapels, inside which long ago saints and holymen once knelt in peaceful contemplation. 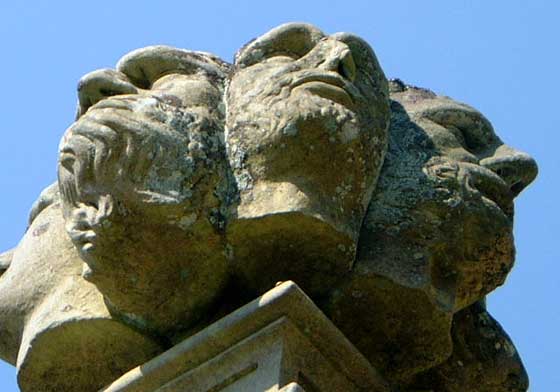 Stories To Intrigue And Fascinate

The various regions of Britain and Ireland have also been blessed with a rich array of mythical locations.

Fabled kingdoms which, so tradition maintains, were long ago swallowed by stormy seas; wild wildernesses across which demon hounds are said to roam; and dark lakes in the depths of which strange creatures are said to lurk

There are numerous locations that are assocated with such legendary figures as King Arthur, Jack the Giant Killer and Robin Hood; not to mention places that are linked with the stories of well-known historical figures, such as William the Conqueror, Richard III, Henry VIII, William Wallace and Jack the Ripper.

A REGION BY REGION GAZETTEER 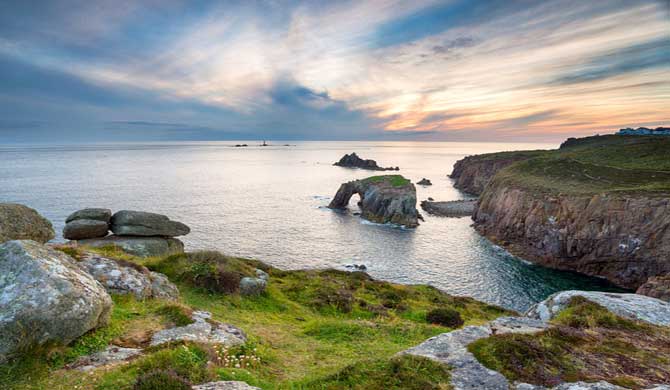 From the rugged cliffs of Cornwall, through the windswept wilds of Devon, and on through the rolling fields of Somerset, Dorset, Wiltshire and Gloucesterhsire, discover the ghosts, myths and legends of the South West.

Go To The South West 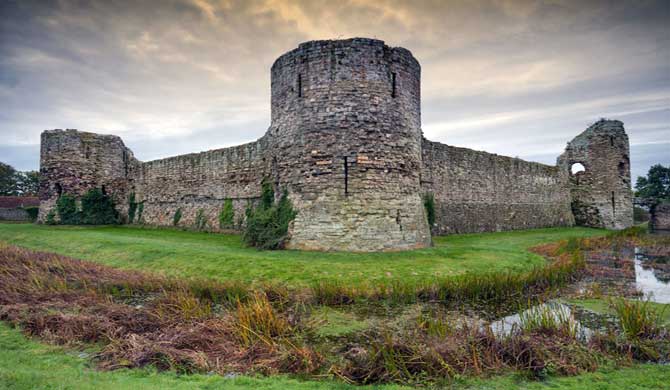 A genuine sense of awe and wonder hangs over England's South-East Counties, where legendary figures come bounding from a past that is well and truly steeped in history and phantoms seem to lurk around every corner.

Go To The South East 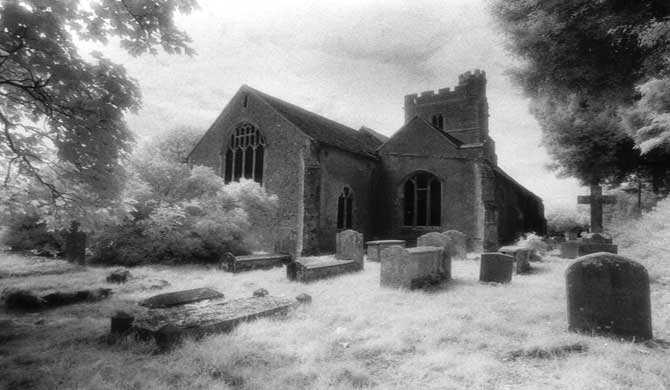 The gripping history of England's Eastern 'Witch Counties' offers the intrepid ghost hunter a surprising amount of historic and mystical locations, coupled with a genuine sense of otherworldliness. 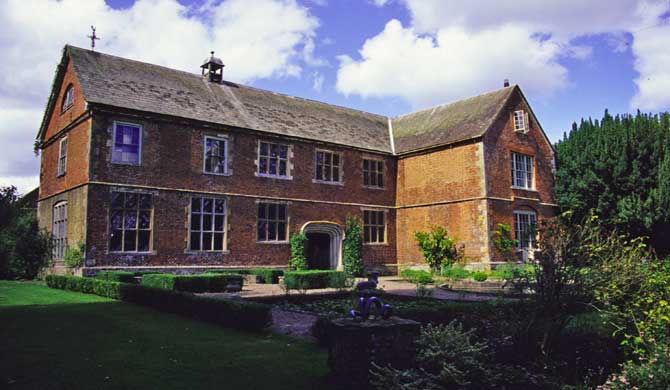 From atmospheric inns and taverns to delightful stately homes and moody castle ruins, the Midlands offers those who come in search of the paranormal a wide choice of haunted locations.

Go To The Midlands 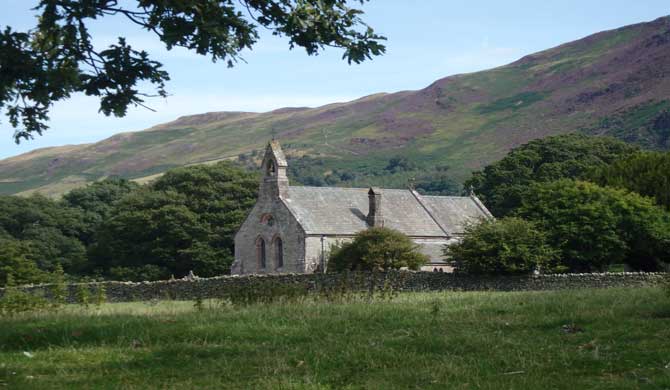 The North-West of England has the feel of a forgotten country where you can relish the beauty of the Lake District, marvel at soaring mountains and explore picturesque villages.

Go To The North West 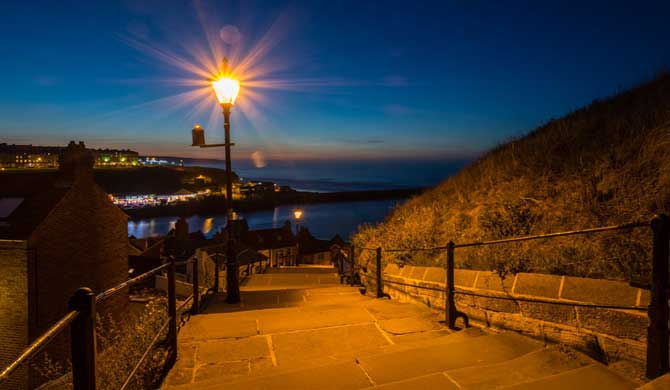 The North-East of England encompasses a veritable mish-mash of gaunt castle ruins, mysterious islands, bleak moors and rugged coastlines, haunted by an array of ghostly figures..

Go To The North East 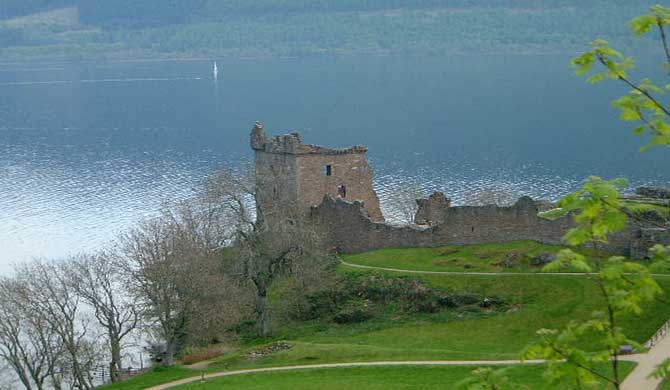 Vestiges of a stormy past are to be found all over Scotland. Ruined forts and castles stud a landscape where an array of spectres act as perpetual reminders of bloody conflicts. 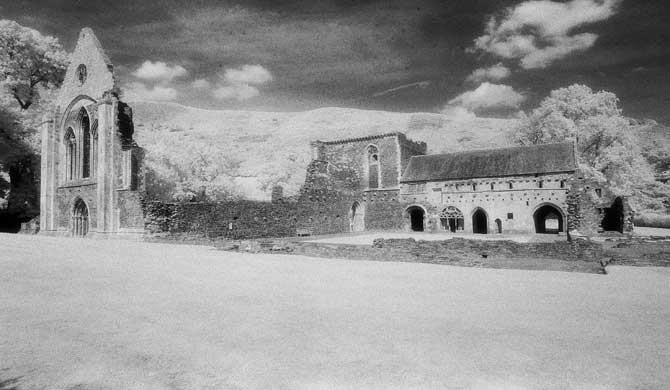 The brooding mountain peaks, deep forests, weather-beaten coastlines and remote lakes of Wales form a backcloth against which ghostly tales abound and ensure that the past is never forgotten. 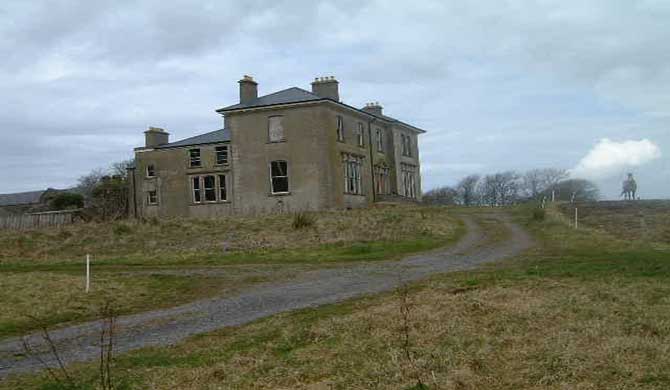 Ireland's oral tradition has survived centuries of oppression and national calamity, and listening to the legends and tales of this magical land is an experience to be savoured.

POEMS AND STORIES TO CHILL THE NIGHT 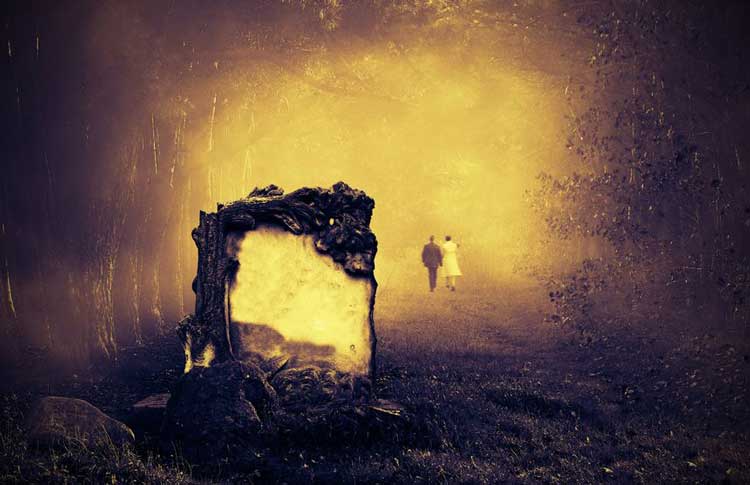 Poetry makes for a wonderfully spooky way to round off a ghost story telling session, especially at Halloween. So, light a candle, gather around its flickering flame and enjoy a specially chosen collection of creepy poems to recite in the dark. 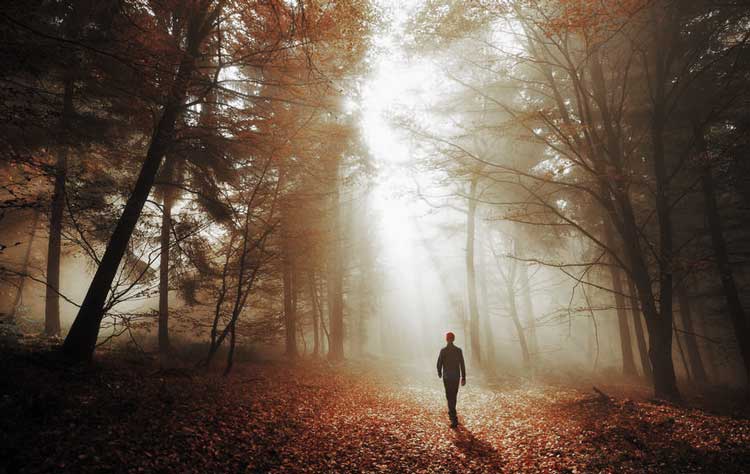 Of course, when it comes to scaring the wits out of one another, nothing beats a good ghost story. So we have scoured the historical records and the newspaper archives to bring you a collection of truly spine-chilling tales to send many a shiver down your spine.

With such a rich and diverse collection of ghoulies and ghosties and long-leggedy beasties and things that go bump in the night, there are many guided walks and paranormal investigation groups that will help you get the most out of Britain's haunted heritage. 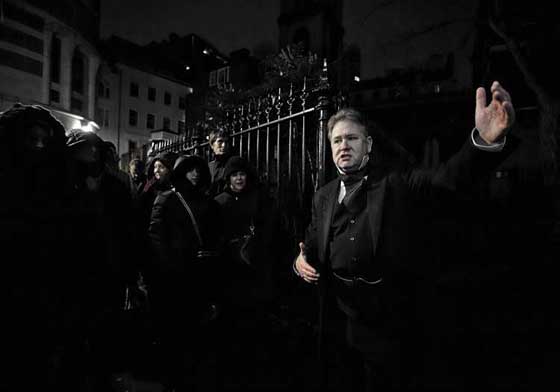 Ghost Walks offer an entertaining and informative way to discover the history and experience the paranormal in cities across the entire spectred isle. 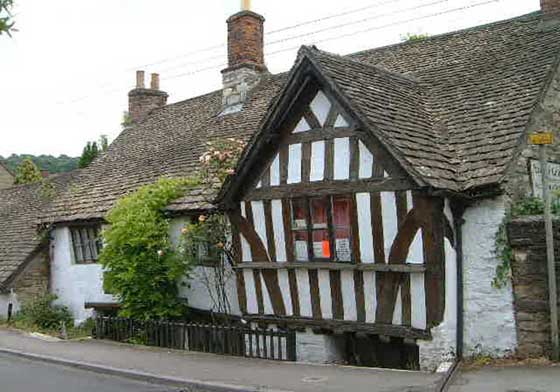 If you want to experience the thrill of being a paranormal investigator, then there are a wide variety of spooky ghost hunts that you can choose from.